When I embarked on this sobriety challenge, I thought I had the most marvellous activity to keep me busy on the dark nights, sans vin: editing the hell out of Nearly Almost Somebody. The reality has turned out somewhat different.

Each night, I sit down to get cracking – and by cracking I mean map out my existing chapters in a spreadsheet so I can see how many need a lot of work and many need a mere tweak. I started doing this over two weeks ago. I’ve mapped out fifteen of forty-three chapters. It wouldn’t be so bad if this ‘mapping out’ was in depth, insightful and making it so I could whizz through the edits in a flash. But most of the mapping consists of nothing more than, “Maggie is murdered,” or “Libby gets poisoned.” I’ve written more in this blog post that I have in my ‘mapping.’

But this isn’t like me. I’m the girl who typed 210,000 words in three months. I don’t do writers’ block. But I don’t really think it’s the lack of booze causing the problem – not that a glass of room temp chardonnay would exactly hurt the situation. No, I think I’m just overwhelmed with the scale of the project. I know the answer is to just get on with it, to type anything, but instead, my evenings disappear in whirl of inactivity. I’m procrastinating with the best of them. I’ve even procrastinated over my procrastination – to such an extent that I now have three categories to my non-writing behaviour:

Guilt-free, Karma-building Procrastination – this involves doing something that doesn’t help your project directly, but will one day reap rewards. Currently, I’m waiting for Natalie Martin to send me the rest of her second novel. I alpha read for her; she alpha reads for me. This istime well spent. Sadly, until she sends me more to read, I’m stuck on with two less worthy levels of non-writing activites.

Guilt-neutral Procrastination – completing a usually tedious task (ironing, pairing socks, jogging on a treadmill) but doing it whilst mulling over your plot. You might be doing anything bar typing, but it’ll all be used when you do get back to your laptop.

Guilt-ridden, You’ll never make it as a Professional Writer Procrastination – you know… Facebook. Cat videos. Those pointless quizzes. I did one to find out if I was colour-blind today. I’m not.  Shock.

16 days to go. I’ve never wanted a glass of wine more in my life. I thought this would get easier as the month went on, not harder. BUT then again, I’m going to bed sober and I won’t have a hangover tomorrow.

ps. In case you’re wondering, this post is Guilt-neutral Procrastination. 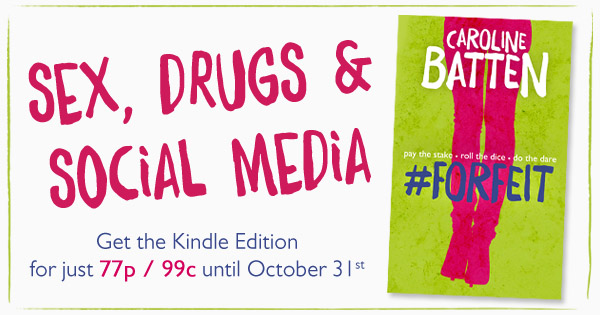