After a fabulous if very tiring* weekend in Dublin last Saturday, I’m beyond excited to be heading off to another book signing event this weekend. This one is taking place in a football stadium, so that makes me kinda like Ed Sheeran, right? Okay, it’s one day not three nights, and it’s the home of Birmingham City FC, not the England squad, but it’s still pretty cool. 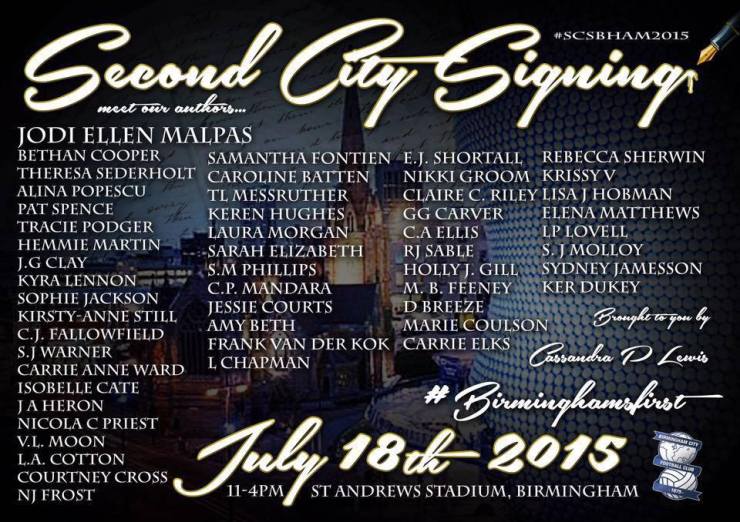 Have you ever been to an author event book signing? They’re a little different to the signings where you queue in Waterstone’s to buy a £25 hardback. At an event there’ll be a stack of authors, some of who you’ll have heard of, others you haven’t. (And we usually have a glass of wine stashed behind our on-brand tablecloths.) Most are selling paperbacks for less than you can buy them online, giving away swag and are happy to have a natter with you. It’s a great way for readers to meet authors they love, and for authors to meet a whole new batch of readers/friends.

If you’re able to get to St Andrews Stadium in Birmingham on Saturday 18th July – then come and #sayhelloproperly!

Is there a better way to spend a Saturday?

If you can’t make Birmingham, I’ll also be signing in Aberdeen later this summer:

*totes emosh hangover riddled weekend from which I emerged with a bruised wrist following an incident with a revolving door, plus an eight inch scratch down one leg… no idea where that came from!

One thought on “My Sell-out Stadium Tour begins…”